Tribute was lovingly provided by Crystal McGee DePue and Family 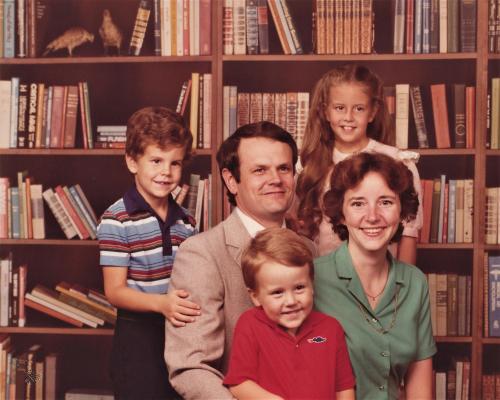 Often when people die tragically, that becomes what they are most remembered for, as is probably true of James B. McGee. But it took a lifetime of choices and experiences to get him to the position of risking his life on January 21, 1985.

Jim grew up in Kiowa, Kansas, where, due to his father’s health, at the age of 12 he took over the operation of the family’s wheat farm with his younger brother Max. Jim developed his work ethic and dedication to duty as he continued to plow, plant, maintain, and harvest the farm until he left for the USMC after graduating from Central State University in Edmond, OK. During those ten years, he excelled in numerous school activities – including quarterbacking Kiowa’s undefeated football team his senior year.

In 1976, Jim left the Marines to begin his teaching career in Burlington, KS. Teaching was a great fit because Jim always strived not just to do his best, but also to bring out the best in others. He was very future-oriented, seeing his students both for who they were, and who they had the potential to be. His goal was to make learning fun and interesting, while demanding the best from the students in a fair and reasonable manner.

In Burlington, Jim’s dedication to his faith grew as he began to live his life daily as a follower of Jesus.

Next, Jim became principal in Rose Hill, Kansas, followed by serving as principal of Goddard Junior High in 1982.

As a family man, he was intentional in building good relationships with his wife Crystal and each of his three children, finding time for play and encouraging them to be and do their best. He particularly loved encouraging them to be runners, and the family still cherishes the memory of their first 2-mile running event with him in Goddard in the fall of 1984.

When the fateful day in January 1985 came, Jim was still celebrating the news that baby #4 was due in August. As a former Marine, Jim knew about weapons and dangerous situations, so one must assume he knew the risk when he confronted a student carrying guns and ammo into Goddard Junior High. But he also knew his duty and his Savior, and selflessly loved others enough to do it.

His positive impact is very evident in the lives of his children: Jeannie is a dentist who works for a charity clinic in Oklahoma City; Joseph is a pastor of an ECO Presbyterian Church in Eldorado, TX; Jameson is an electrical engineer for Naval Research Lab, Stafford, VA; and Jordan works for Warwick Energy in Oklahoma City. All four demonstrate Jim’s faith, hard work ethic, selfless concern for others, and integrity. 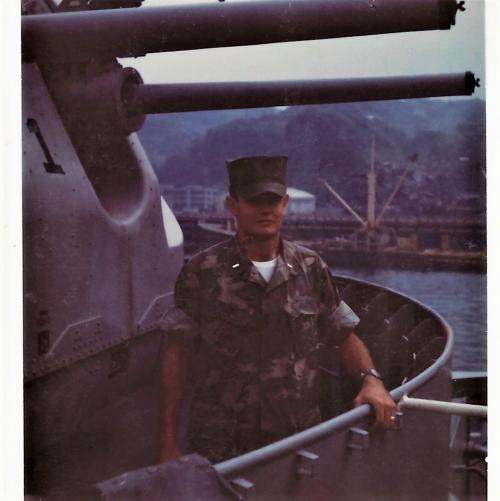